Hey everyone! Lauren here with part 2 our time in the deserts near of Calama and San Pedro de Atacama, Chile.

The next day, we got up fairly early and went to Barros Cafe for breakfast. After breakfast, we went to a local bike shop, where we rented mountain bikes. The bikes cost 6000 CLP (~$9.00 USD) per bike for a 6 hour rental, and we were provided with helmets, high visibility vests, a bike lock, a tire pump, and a tire tube (in case we get a flat).

The woman working also gave us a map and directions to get to Valle de la Luna, and told us to make sure we took tons of water! We had filled up all of our water bottles and my Camelbak in the morning and had about 4 liters of water, and soon Gerrod and I were on our way!

The entrance to the valley was a little less than 6 km from the bike shop and the ride wasn't too difficult. At the entrance to the valley is an information center where we paid an entrance fee of 2,500 CLP (~$4.00 USD) per person. We noticed that there is a cheaper entrance fee if you arrived before 12:00 pm versus if you came in the afternoon, and luckily we made the decision to start our tour in the morning!

After we paid the entrance fee, we were provided with an English map of the valley and the woman pointed out all of the destinations along the route and told us approximate distances between each.The map we were provided with was not to scale, but luckily Maps.ME seemed to have all of the viewpoints and destinations that were on the information center map (seriously get Maps.ME when traveling abroad! It is so helpful!).

With our map in hand, we headed down the road to our first stop, the Salt Cavern! The road was compact gravel, and was very bumpy in areas, but the scenery was unlike anything I had seen before so the ride was fairly enjoyable.

When we arrived at the salt cavern, we locked up our bikes up and followed the sign to the caves. The start of the cave was nestled in a canyon, and Gerrod thought it looked like Jawa territory from Tatooine in Star Wars.

Luckily Gerrod brings his headlamp everywhere we go, because the caves were... well caves and were very dark. Salt could be seen all throughout the rock, and there were some areas that were a bit of a squeeze!

The route comes out near the top of the caves, and we walked a bit through the canyons before returning to our bikes to continue our ride.

Next we rode to our next destination, Duna Mayor. There was a parking area, a place to lock up bikes, and even a bathroom! We started on the path and hiked uphill to a really nice viewpoint overlooking Valle de la Luna. 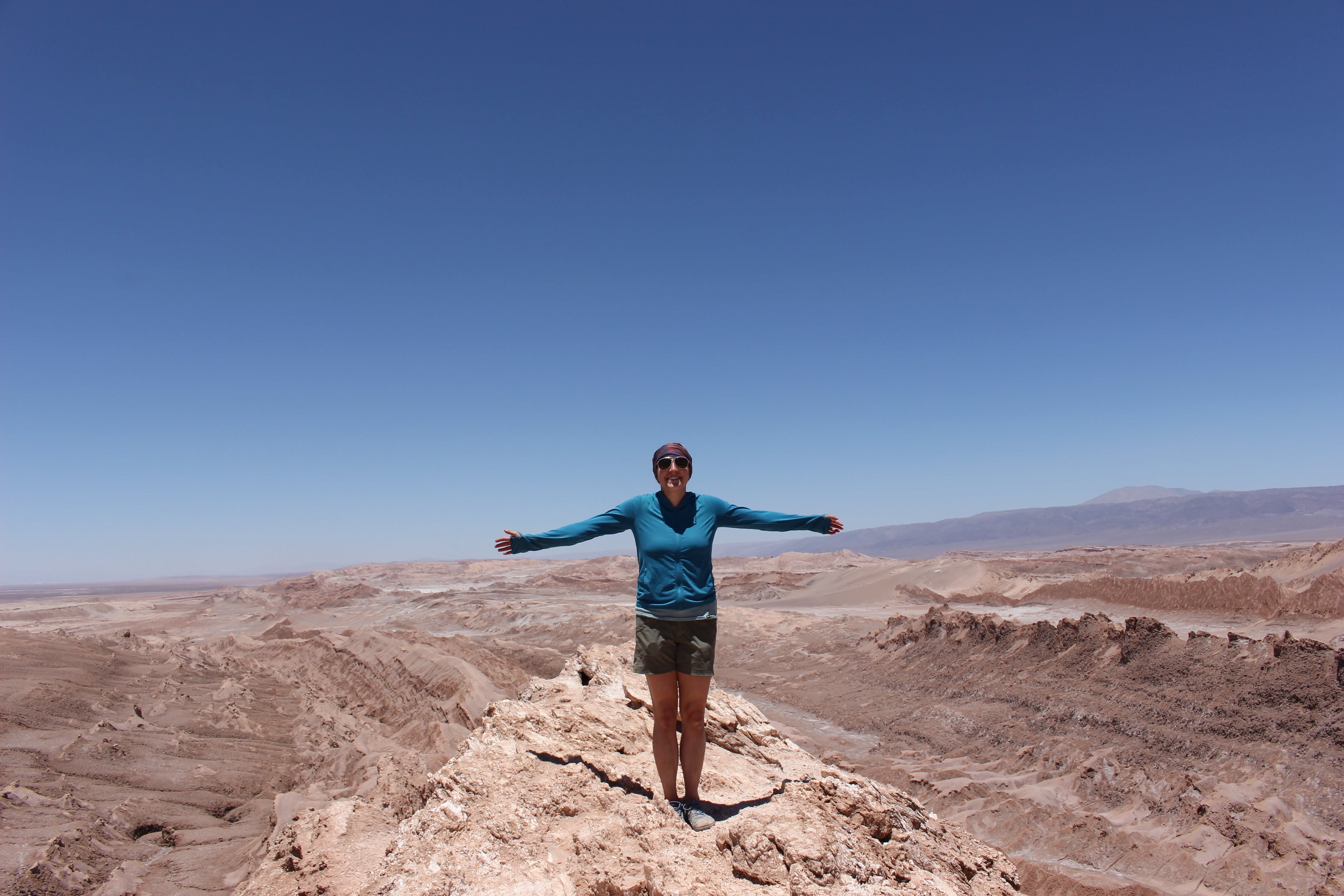 The hike is a loop, and after walking to the farthest viewpoint, we walked along the ridge to another viewpoint which gave us a great view of the entire sand dune. The hike was surprisingly difficult since we were walking in sand and it was so sunny and dry out.

Since there were bathrooms, trash cans, and a bench with a canopy (yay shade), we decided to have some snacks before continuing on our ride.

We rode past the a viewpoint called the amphitheatre, and then headed to the next hiking trails at. The hike was through sand again, but the view at the top was wonderful, with great view of the ampitheatre. As a bonus, there were no other people there so we had the whole view to ourselves!

Afterwards we headed to the next marked destination, Salt Mine Victoria. This stop was clearly not as popular, but along the trail there were interesting salt veins all over the rocks. I decided to confirm that it was salt by licking the wall, which Gerrod found gross for some reason. To no surprise it was very salty. 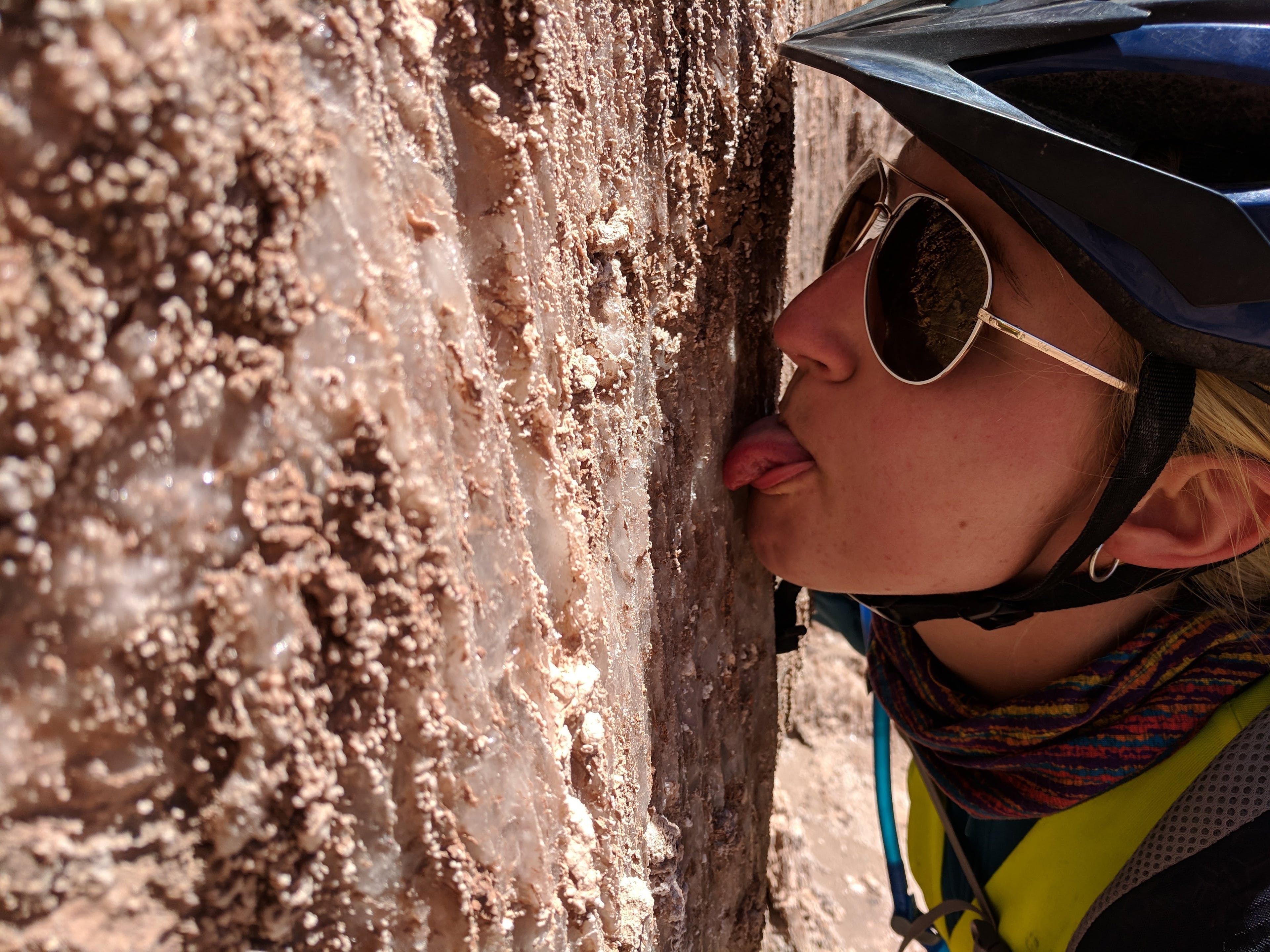 The last stop was known as the Tres Marias or Three Maries, and the ride was all downhill! The Three Maries were geologic formations that are composed of gravel, clay, salt, and quartz. To me they look like three random protruding rock things. Maybe if I was a geologist, like some of my friends, they would have been a bit more interesting.

The not very fun ride back to town

After seeing the Tres Marias, we turned around and started to make the long ride back to town. The ride back was significantly less enjoyable: all of our water was very warm, much of the ride seemed to be uphill, and we had to stop and walk our bikes a few times; and despite applying SPF 50 sun block, we were starting to get burnt!

On top of the high heat, we started to run low on water, which was surprising since we brought so much! When we got out of the park and back to the main road, Gerrod noted that it felt like he was riding in sand so we stopped and noticed his back tire was flat!

Luckily we had the hand pump, but it took quite a bit of effort to get the tire full enough to finish the ride back to town. His chain also came off of the gear more than once, and we had to stop to fix it. Due to all of this, we arrived back at the bike shop 45 minutes after we were supposed to return the bikes. Luckily they did not charge us any more money!

One of the things that I was really looking forward to in San Pedro de Atacama was doing a star-gazing tour. However, when we arrived and spoke to our host about stargazing tours and did more research on the internet we came to the realization that we visited at a terrible time for stargazing.

Why was it a terrible time? Because we were only two days away from a full moon, and during a full moon it is too bright to see the more interesting features in the night sky, like the center of the Milky Way. Although I was disappointed, Gerrod and I decided to make the best of it and found a viewpoint on Maps.ME that we could walk to just out-of-town 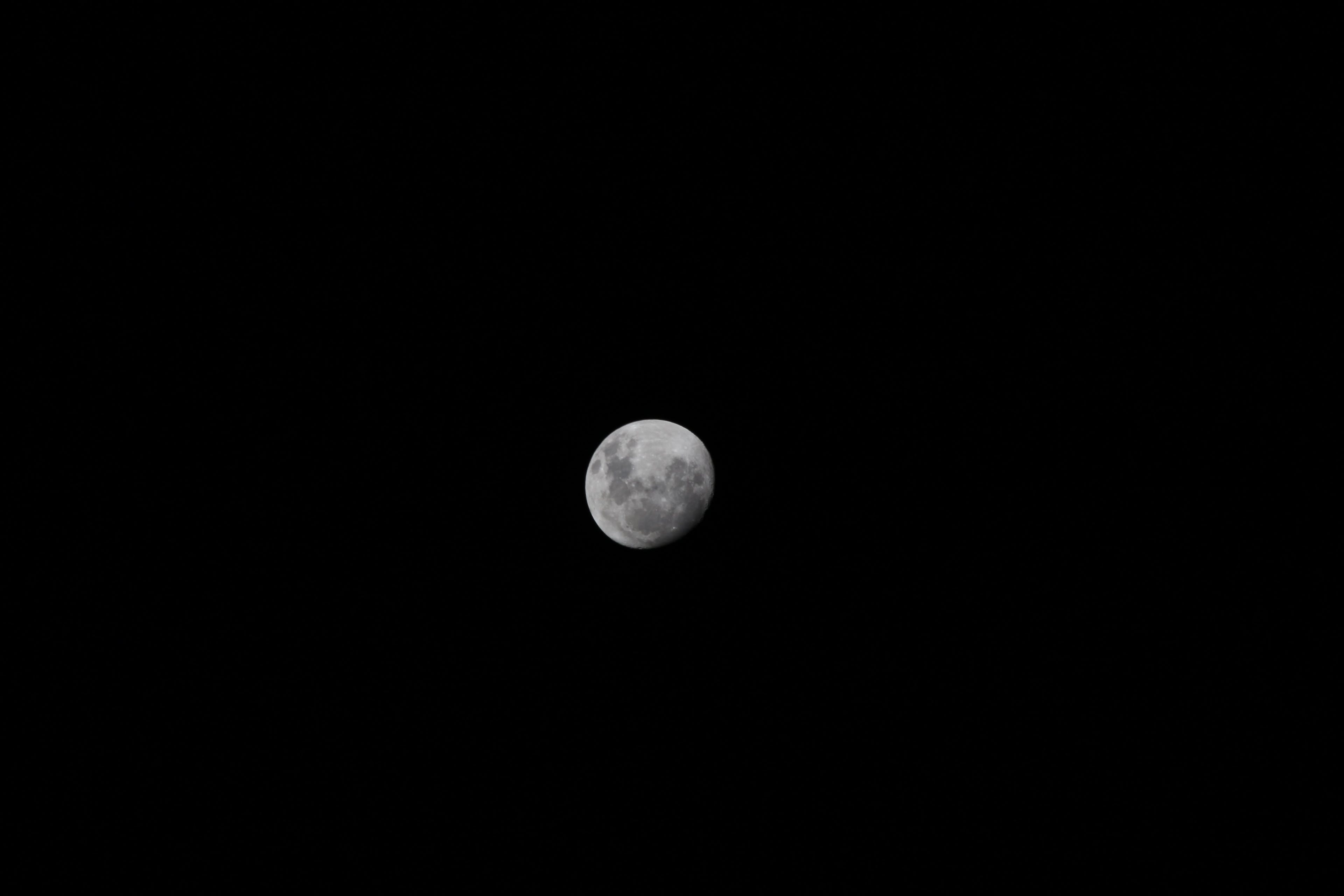 The moon was so bright that we didn't even need to use our headlamps/flashlight to walk! When we finally got to our viewpoint, I was pleasantly surprised with the night view of San Pedro. After taking some photos, we headed home for a good night's sleep! 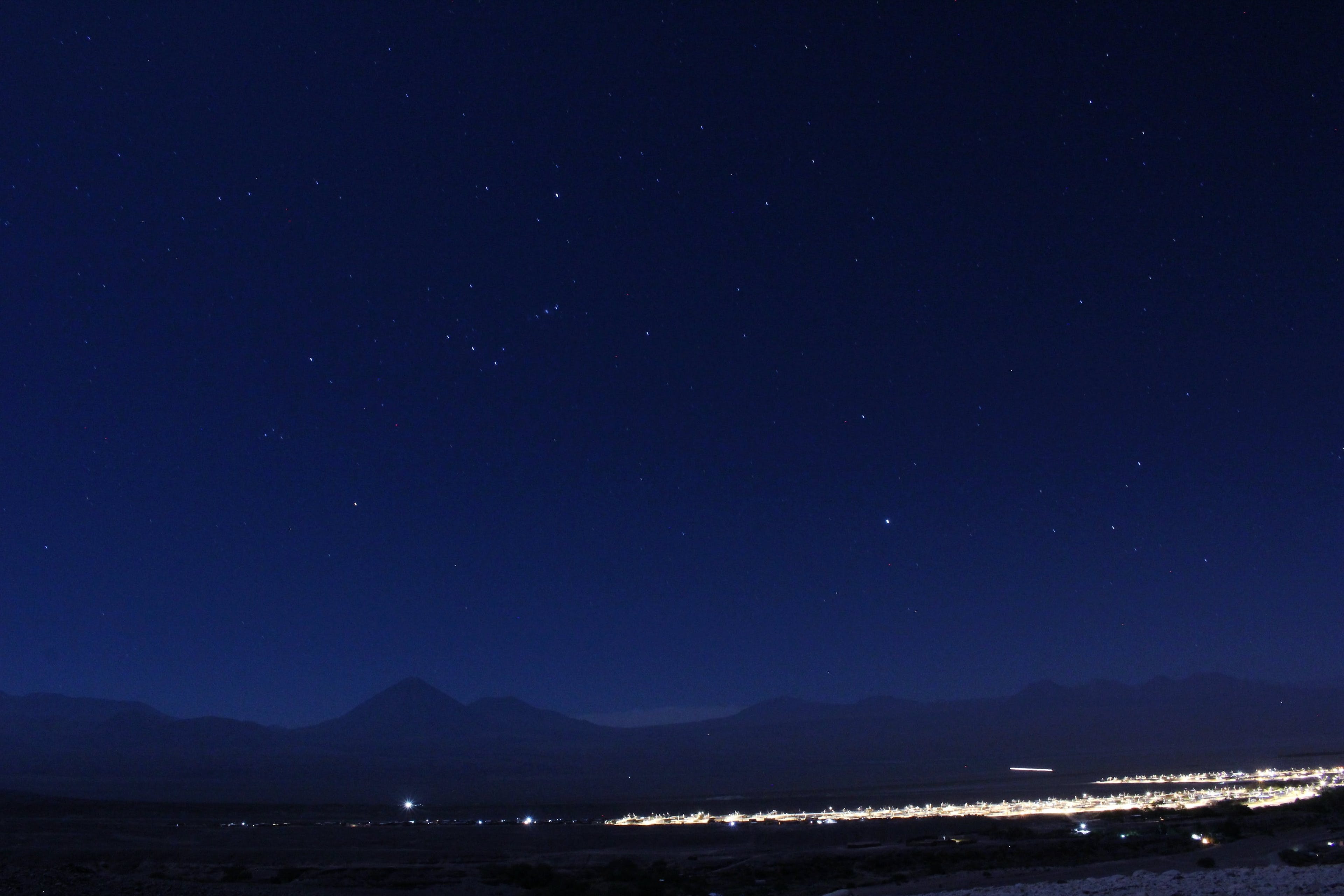 Plans to go to Laguna Cejar

We originally planned on going to Laguna Cejar, which is a local lagoon with a very high saline content. I had heard/read that it made you feel like you were weightless, which sounded really fun to swim in.

We went around town and looked at both renting a car or taking a tour to get there. The cheapest rental car was about $100 USD for 24 hours. The tours were not that much cheaper, especially when we found out none of them included the entry fee to the lagoon, which I believe was like ~15000 CLP ($22 USD!). We went to several tour agencies, and they all would set us back $80 USD. We decided that it was not worth that much money just to go float around in the water.

After eating lunch at a local cafe and contemplating what to do next, we went to the local liquor store and bought some beverages of the alcoholic variety. The rest of the afternoon consisted of chilling and drinking until dinner time. We even beat Kirby Star Allies, a Nintendo Switch game that we started several months before leaving on our big adventure. Everyone travels with their Nintendo Switch, right? 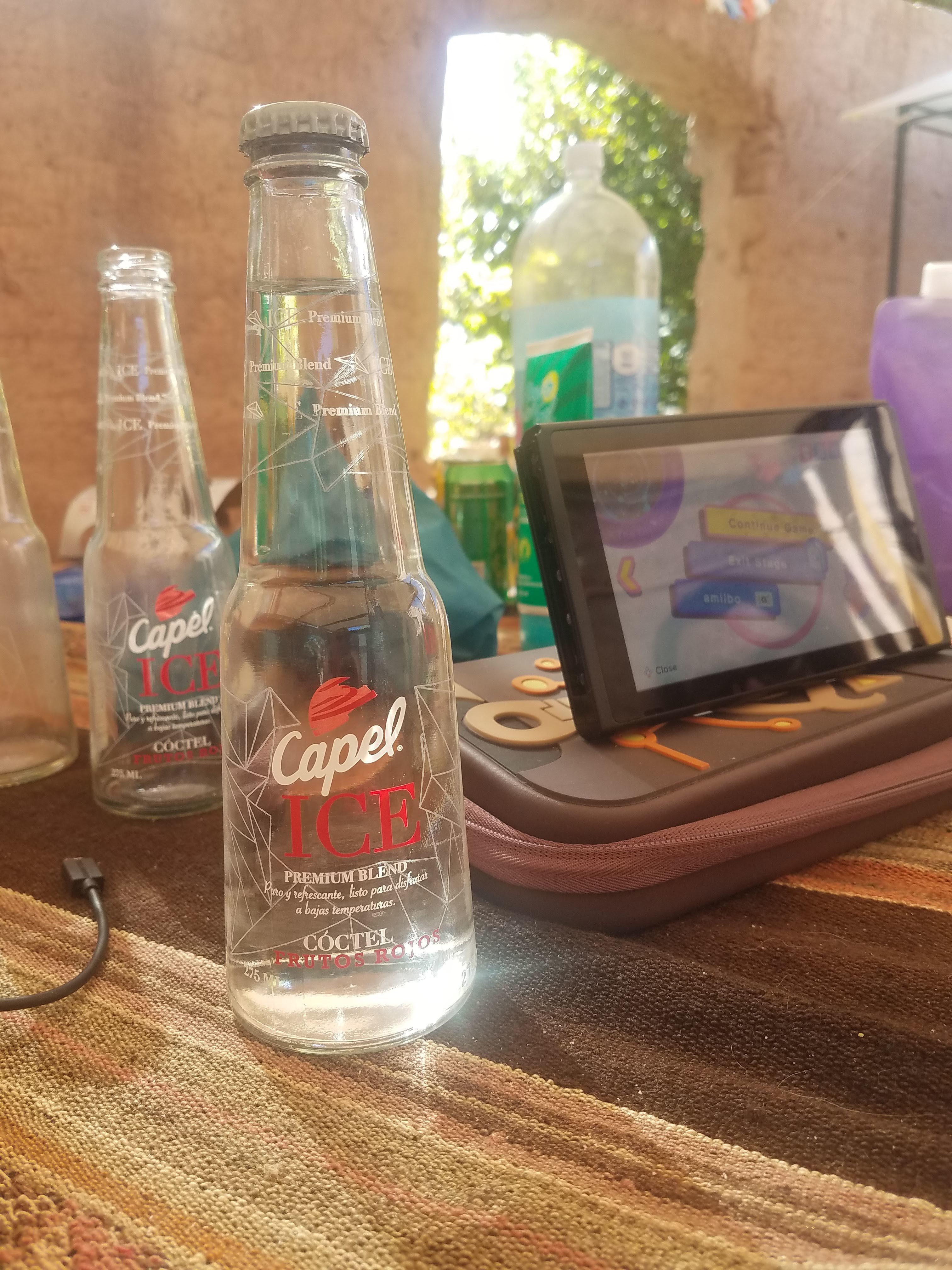 For dinner, we went to a restaurant our AirBnB host recommended called Lola. Gerrod got the biggest empanada ever, and I had a delicious fish dish. We heard they had karaoke, so we had a few more drinks and waited to the fun to begin. After an hour of waiting, we decided to go to a different bar.

We ended up at a place called Mal de Puna, which had live music. After enjoying the music for a bit, Gerrod and I went home to sleep and prepare for the long bus ride the next day! 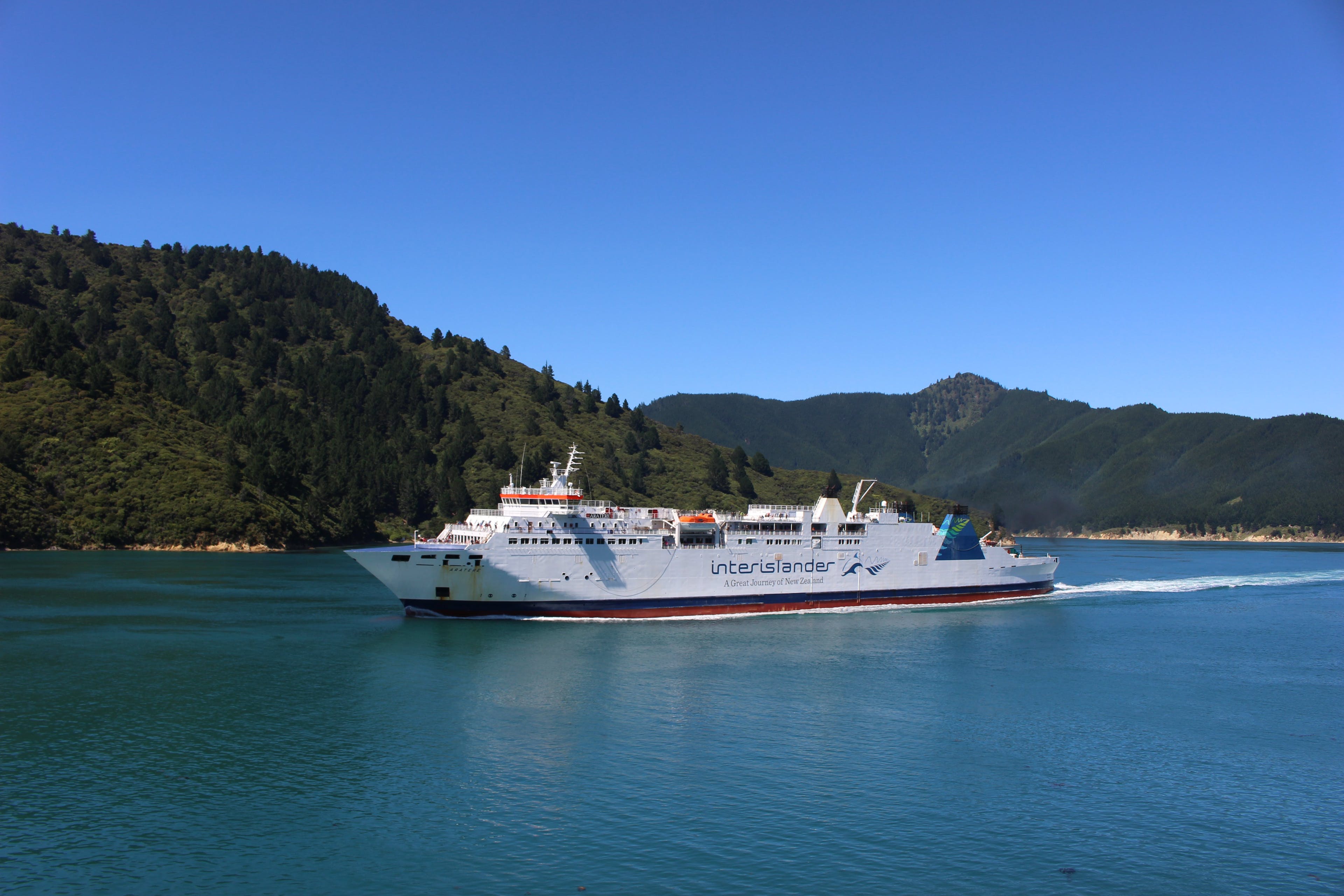 Hey everyone! Lauren here to tell you about our journey from the North Island to the South Island of New Zealand... 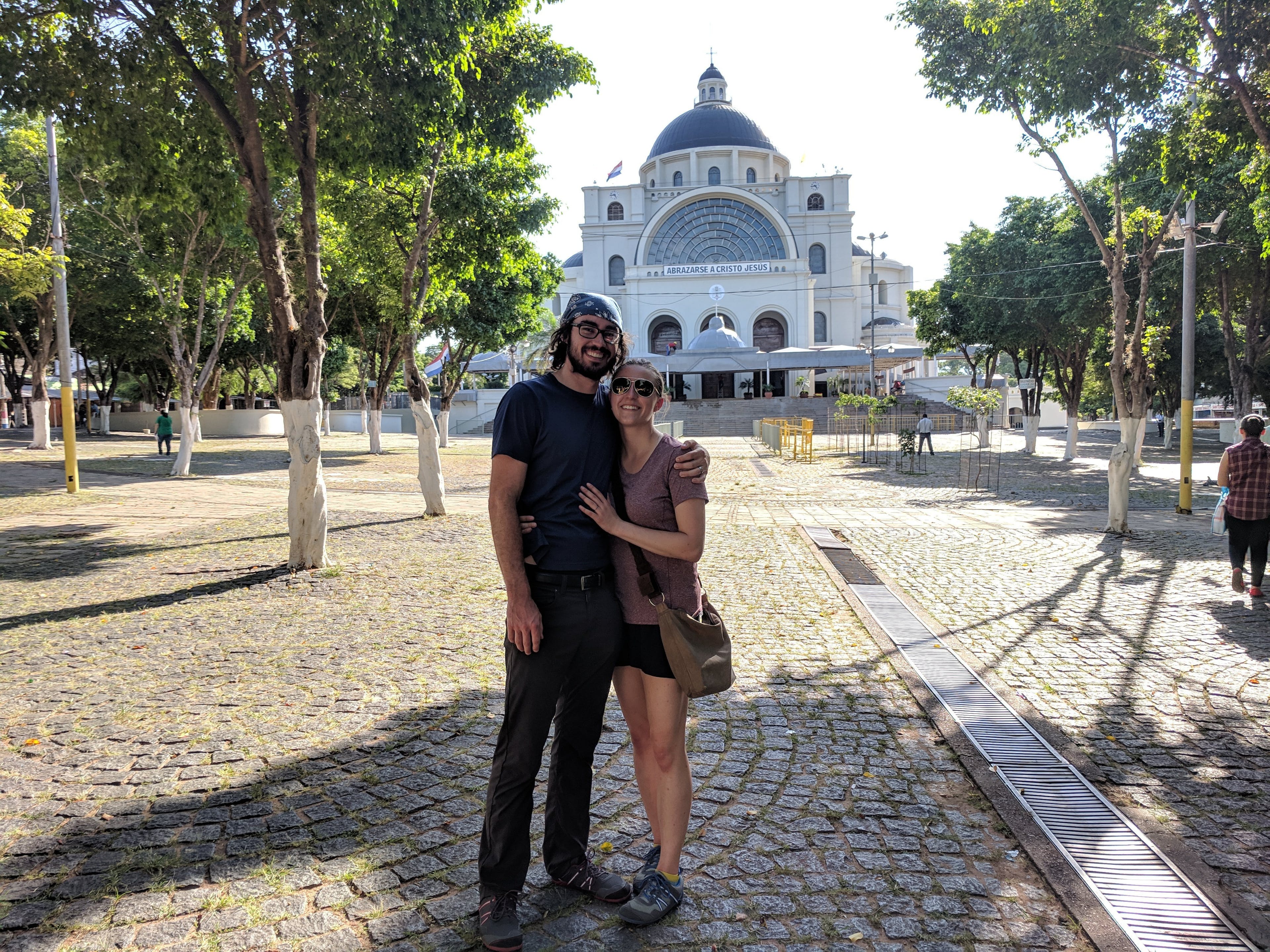 Sippin' on Tereré with the Fam in Paraguay

Hey people! Gerrod here again to pick up where I left off from the last post we made. This time, we will be sharing our experience in Paraguay with our cousin Liz...